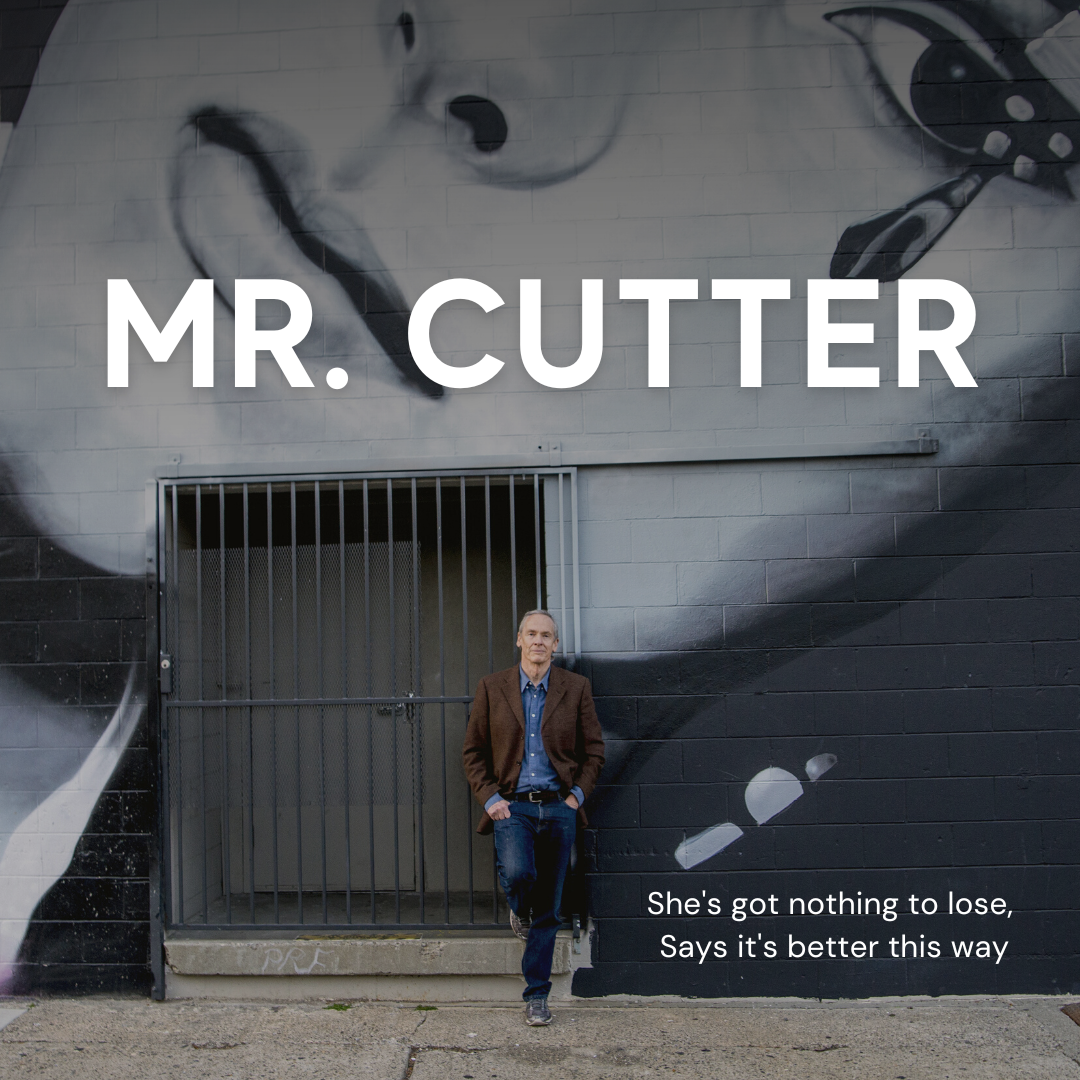 I wrote Mr. Cutter while thinking about the plight of teenagers and young adults who run away from home, forced for whatever reason to live out on the streets. The song has two characters in it: one who tries to warn Mr. Cutter about the plight of these young people, and Mr. Cutter who is supposed to help but doesn't lift a finger. Instead he says complacently: "She's a child runaway, running from the past, it's just another rainy day, how long will this weather last?" The song is ultimately an indictment of the system, represented by Mr. Cutter, which purports to provide services to young people on the street but does little to actually help them get out of their predicament. Writing a song like this, with two characters talking to one another, was an interesting challenge for me, and I hope makes the song more interesting to the listener.